My water broke Friday night, December 9. We inflated the birth pool, got everything ready, and called everyone, sure that labor was imminent. But labor didn’t start that night, despite a handful of contractions that made me think it might. My wonderful midwives had shown up late that night, and so had my sister, the arranged caregiver for our three sons.

On Saturday, we tried herbs, walking, nipple stimulation, very strong RRL tea, anything we could think of to get labor going. After the kids were in bed, my very intermittent contractions got a little more serious, but labor still hadn’t really shown up.

Very early Sunday morning, I had what seemed to be labor, but it died off again as the sun came up, and then as our kids got up. My sister took the boys to my in-laws’ house, and I took a shower, ate, and napped. Still nothing happened. At this point there was a serious conversation about the length of time my water had been broken, and concerns about why labor wasn’t kicking in on its own. It was really hard to make the decision, and I felt like such a huge failure, but at the same time, I knew we had to go.

So we packed up and drove down to Research in KC. My Cheryl and Shoaf went home to shower, promising to meet us there. Let me stop for a second and tell you how AMAZING the staff at Research is. We showed up, and all my husband had to say was, “Um, my wife’s water broke Friday…” The lady at the desk knew exactly who we were and what was going on. She was so sweet, even stopping to tell me that she knew this wasn’t what I wanted, but they would help me have a beautiful birth and that I was in good hands.

I got to a room and changed into the clothes I brought for laboring. They hooked me to an IV for antibiotics. We also started a slow Pitocin drip to see if we could jumpstart things. The OB did an ultrasound to make sure baby was head down, and she was. Again, to brag on the staff… Everyone (except one young, male resident) was so kind and understanding. The front desk lady came in and put up positive birth affirmations. My night nurse came in and sat down at the edge of the bed, and she gently said, “So tell me what happened that you don’t like hospitals and what I can do to make it different.” I think I started crying.

Despite being hooked to CFM because of the Pitocin, I was able to move around the room and labor as I needed to. I even got to get in the tub. They titrated the Pitocin very slowly, so contractions increased gradually. After roughly 9 or 10 hours of active labor, and feeling like I had to push (Nick said he thought birth was imminent for about 3 hours), I asked for an epidural because I was completely exhausted but only at a 7, and high at that, and I had been there for a while. I had barely slept Friday or Saturday night, and I was just too worn out. We thought maybe the epidural would help me rest and relax and let my body do its thing. There had been a few blips on the heart rate monitor, but nothing *too* worrisome. Baby’s heart rate always came back up, but my Cheryl was watching the tape like a hawk.

So I got the epidural. They also gave me an internal monitor to measure the contraction strength as well as to put some sterile saline back in. The thought was that maybe the extra fluid would help cushion baby and move the cord from wherever it was stuck. From getting the epidural, it was another hour-ish (I think?) of me being repositioned and whatnot by the nurse. During that time, the heartrate kept doing some scary things, but always came back. Cheryl, who had been watching the tape, told me that in a couple of minutes they would be coming in to talk about options, including C-section. Again, I felt like a failure, I was scared, and I was mourning the birth that I had wanted and now I felt was out of control. A C-section wasn’t something I had ever considered would really be on the table.

They checked me again and I hadn’t dilated anymore at all, and she wasn’t descending so I likely wouldn’t. Both the doc and my midwives were recommending c-section. They said that they didn’t know for sure what was wrong, but they thought it would be obvious when the doc got in there. I remember asking if we could do an ultrasound to see what was going on, and the doc telling me that even if we knew, it wouldn’t change the fact that something wasn’t right. I had no real relationship with the doc, but I trusted my midwives and I knew something wasn’t right. Before we had transferred, Shoaf had told me that sometimes babies have wisdom and know things we can’t, that sometimes there’s a reason for things that we can’t see until after. Those words kept coming back to me then, and still do. I’m so thankful she said them.

We did the C-section, and honestly, even though I was shaking like a leaf from hormones and the meds, it was everything I could have asked for in that circumstance. (Even the well-meaning nurse who tried to reassure me that it was okay because I was so thin and probably just couldn’t birth a baby this big… Her face was priceless when I said I had three older sons, all born vaginally. LOL!) Nick was there, and he got to stand up and look over the curtain as she was born. Turns out, she had a short cord to start with, and it was wrapped around her neck, around her shoulder/torso, and then around/under a leg. I vividly remember the doc saying, “Well, there’s the problem!” She had to slide baby back in to get enough slack to unwind it and get her out. Emmaline Noelle was born at 3:59am, December 12.

Nick got to announce the gender, and they passed her over to me. I got immediate skin to skin in the OR. They delayed cord clamping for as long as they could, though it was only about 30-45 seconds. Nick held her a little in the OR, and then she rode back to recovery on my chest. She didn’t need oxygen or NICU time or anything, but Nick did end up locked in the OR because the scrubs bodysuit was too small and he got stuck in it… He had to wait for a nurse to let him out. I’m still laughing about that.

We only spent two days in the hospital. By Wednesday, we had both passed everything we needed to do to go home. I was ready to go, but I have to say the staff was so nice the whole stay. I did skin to skin most of the time, and even slept with her on my chest. Not one nurse said anything about it. Breastfeeding got off to an amazing start, with my milk coming the night we went home. And the really amazing part was the first night after Emmaline was born: our L&D nurse brought me the most delicious birthday cake when she came on for the night.

I’m really, really thankful for such a supportive and incredible husband, such wise and loving midwives, and such a compassionate and kind hospital staff that respected me and my midwives. There was no way she could have been born vaginally, and I was at peace with the outcome by the time I was out of recovery. I’m still sad about the birth I wanted, especially since we don’t know if we will have more. But I know she couldn’t have been born any other way. When she’s grown up some and we butt heads, I will joke with her that she and I even had different plans for her birth. And as Cheryl says, baby gets what baby wants. 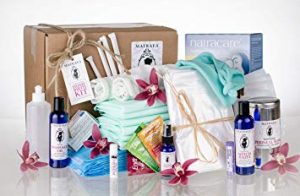 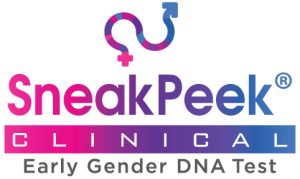